‘Have a good one’

Well I am nicely settled into my new ‘home’ now.

Getting here was quite vile.  It’s about 11 miles from the hotel I was staying in and when I asked the reception staff how long they think it would take to get here I was told maybe an hour! Of course, LA is known for it’s hideous traffic issues. I settled for booking a cab to allow 45 minutes for the trip. The journey was a delight. The cab driver didn’t know where the place was despite telling me he did, and he spent the entire time looking at his hand held sat nav, occasionally looking up to make sure he was in lane or  wasn’t going to drive into the back of another car.  When he wasn’t doing this he kept bending down to get something that was in the foot well of his seat. The air con didn’t work, so the only cooling air came from the open windows, which meant  when we were stationary, which was a large percentage of the time as the freeways here are like parking lots, it got very hot, by the time I got to the house I felt as though I had been lightly boiled.

Where I am staying is one of the historical streets in LA, very wide, tree lined, with every (huge) house different. Built between 1905 and 1926,the majority of homes in what is called the Boulevard Heights Historic District are not significant for their architecture, but represent a perfect illustration of middle-class living in early 20th century in LA. They have front porches facing the street, central front doors at the end of straight concrete paths from the pavement, and long concrete driveways that lead to garages set behind the house in the backyard where in earlier years there would have been a barn for horse and carriages. These photos are some examples of what’s here. 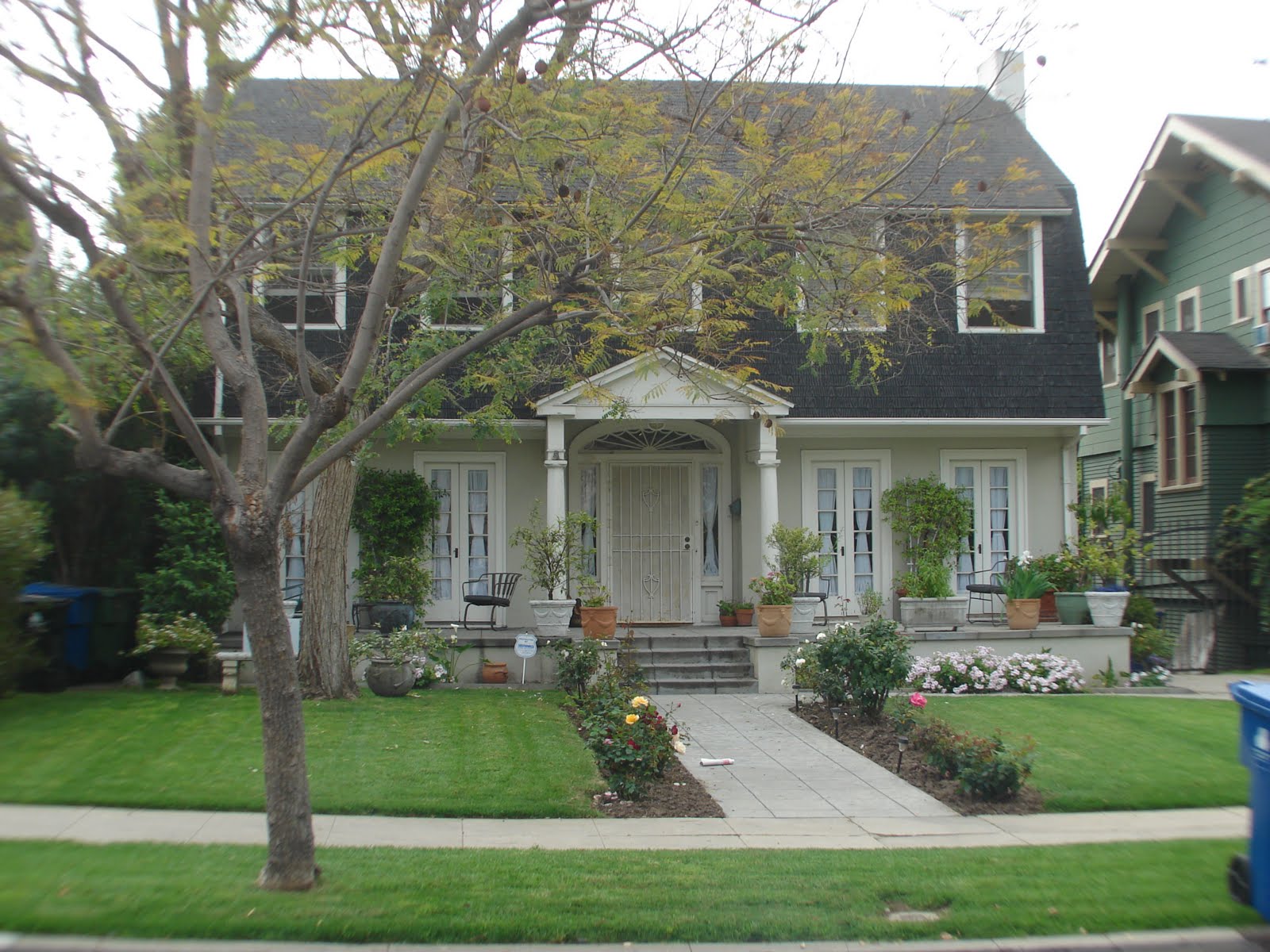 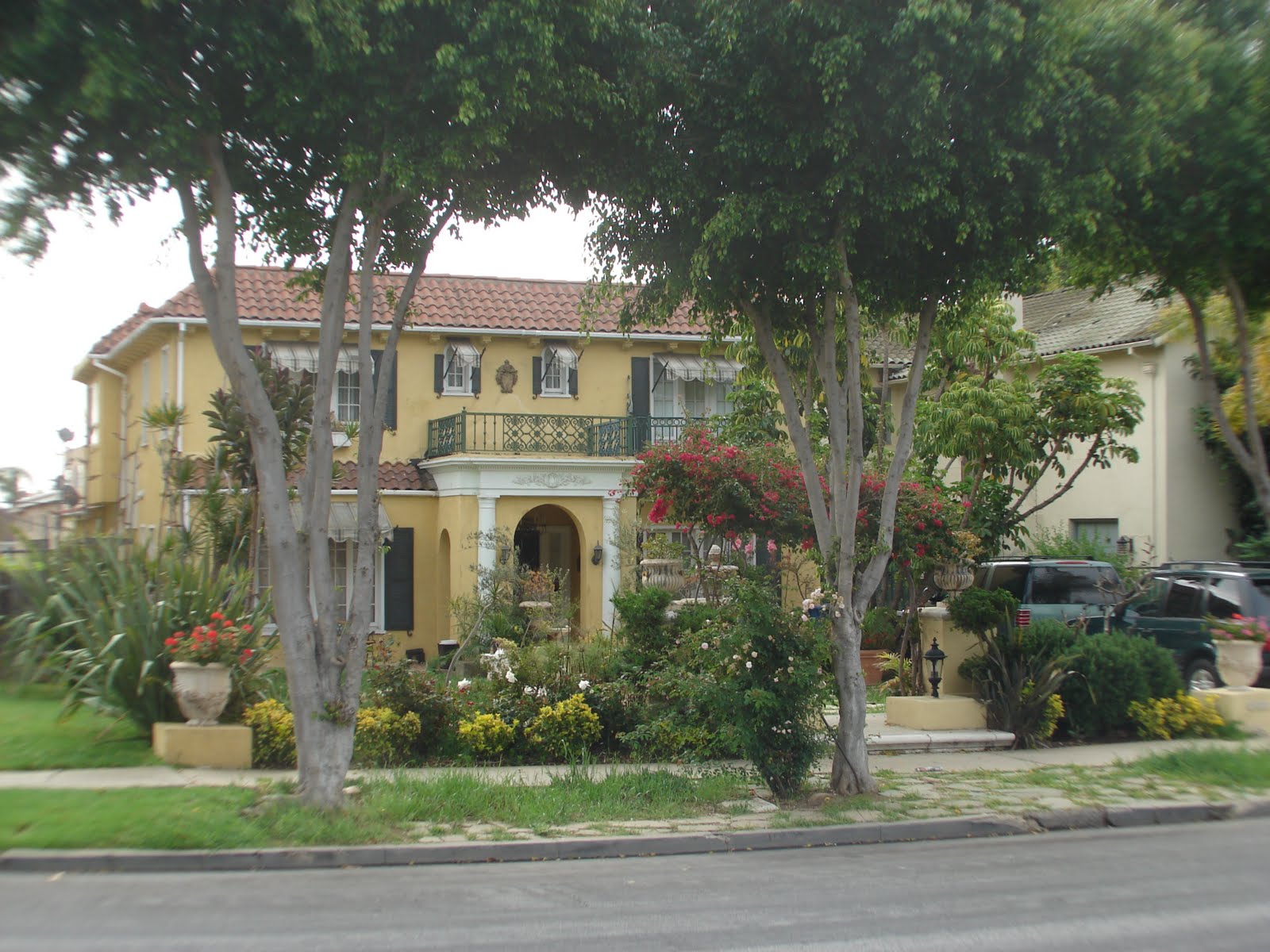 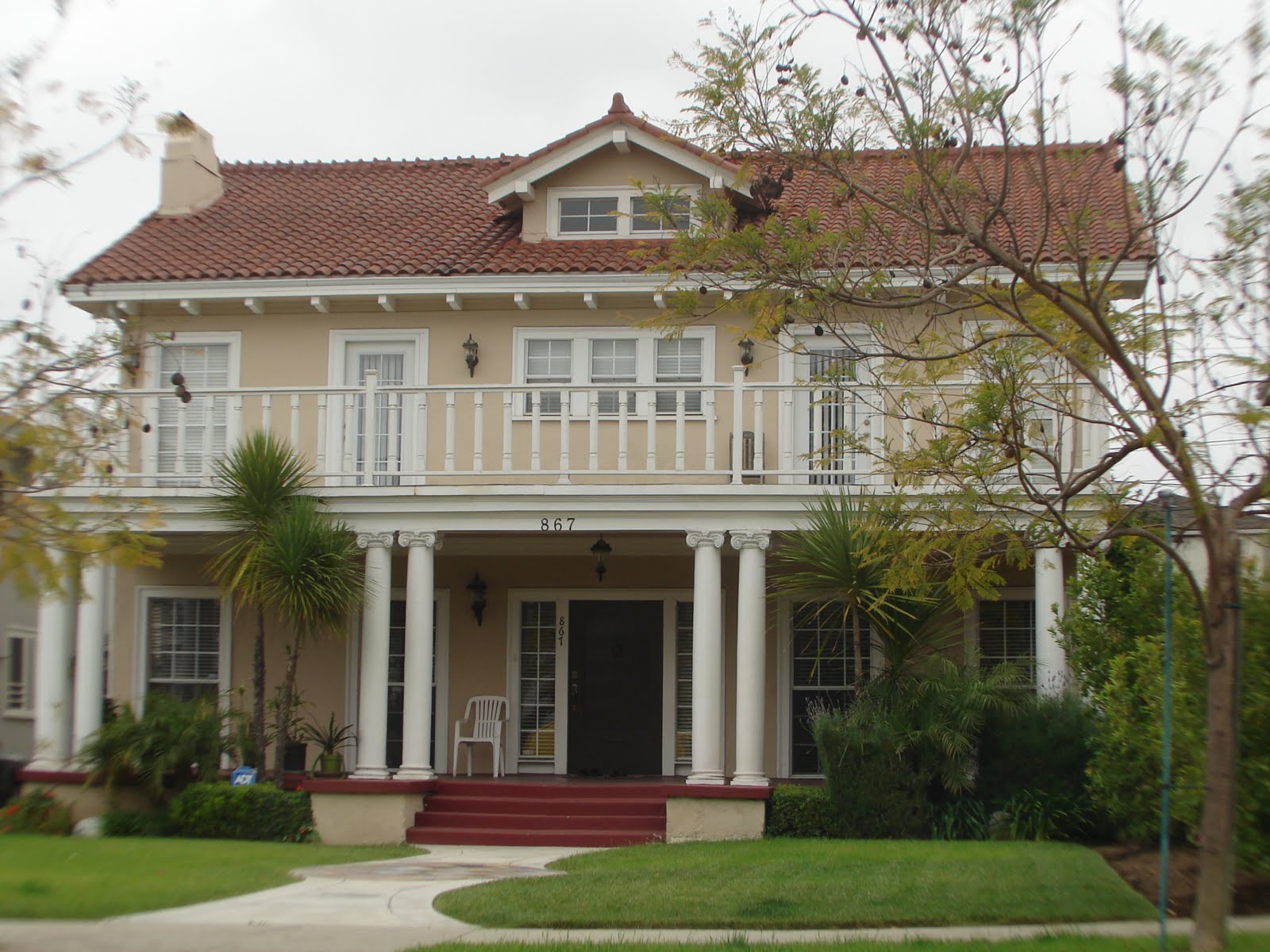 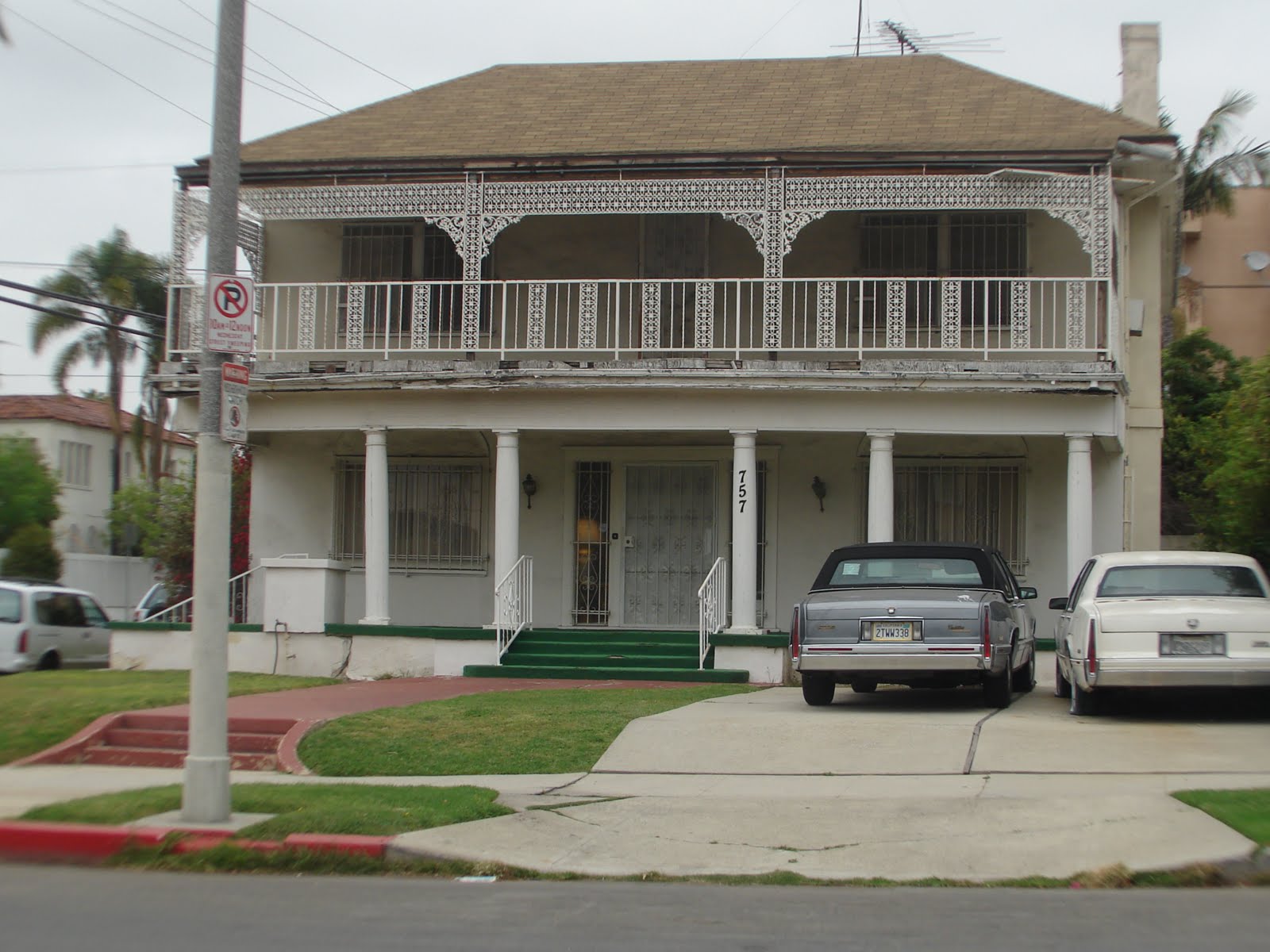 This is the house I am staying in, the owner is a former ballerina, actress and dancer, she has a fully equipped dance studio in the garden, which is handy for me as I can do Pilates there.  People don’t walk here they drive everywhere, so I am generally the only person walking along the street.

The house I’m staying in

The pavements are usually shaded by the trees, although this doesn’t give much respite from the heat here, as we are still experiencing a heatwave.

Wilshire Boulevard is a five minute walk and there are a couple of beautiful examples of art deco buildings there.

The place I have explored this week is Larchmont Village, which is about 40 minutes walk from where I live. The walk is along immaculate pavements, with houses even larger than the street I live on. I rarely see anyone walking along the paths.

Larchmont has a lovely relaxed vibe about it, some good coffee shops and lots of fab places to eat, I’m working my way through them. The free top up thing is still a novelty for me, so when I’ve finished my drink and they whisk the glass away I have to remind myself it is because they are going to refill it, or in some places they just bring a jug round and refill your glass at the table. I expect my American friends reading this will be like, whatever, this is sooooo normal in our world!

The other fab thing about Larchmont is the ice cream parlour does the most delicious vegan ice cream, it is so fab, I tend to get one for my walk back to the house. While on the subject of food I want to mention peaches. Peaches here  are as big as lightly clenched fist, and actually taste like peaches. Sold by the pound for 99 cents they are my current favourite buy, they are delicious. If you are wondering why I’m raving about peaches, well in the UK  they are about half the size of the ones here, more than twice the price and don’t really taste that much of peaches.

View all posts by susiebee05